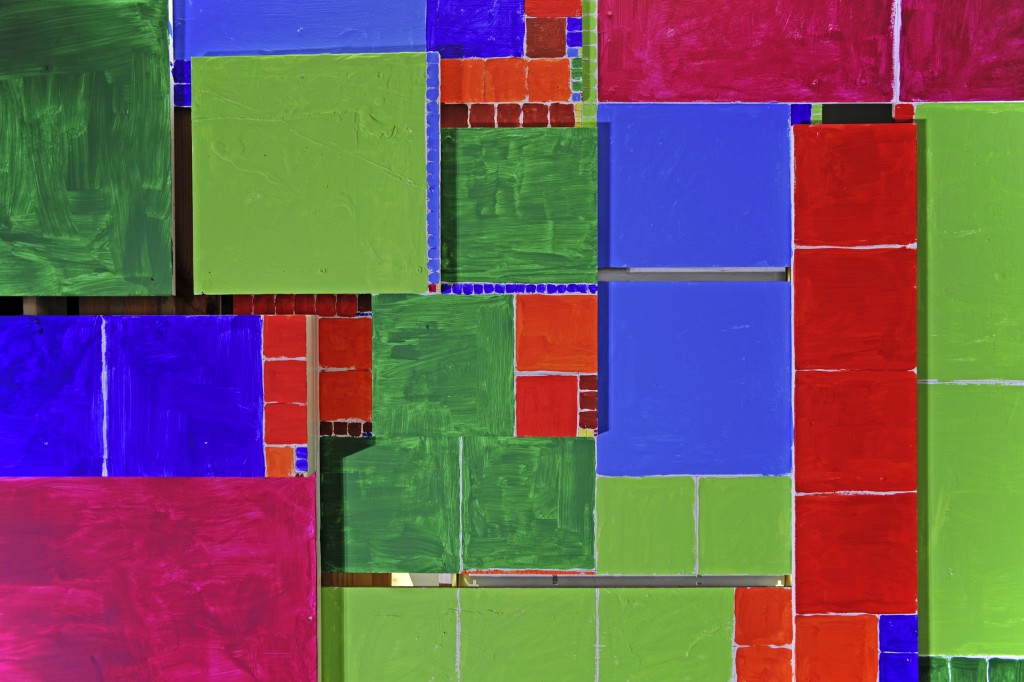 I use the greatest common divisor (GCD) algorithm as a composition rule for paintings.

Euclid’s algorithm, is an efficient method for computing the greatest common divisor of two numbers, the largest number that divides both of them without leaving a remainder. It is named after the ancient Greek mathematician Euclid, who first described it in Euclid’s Elements (c. 300 BC). The GCD is very important for the generation of cryptographic keys.