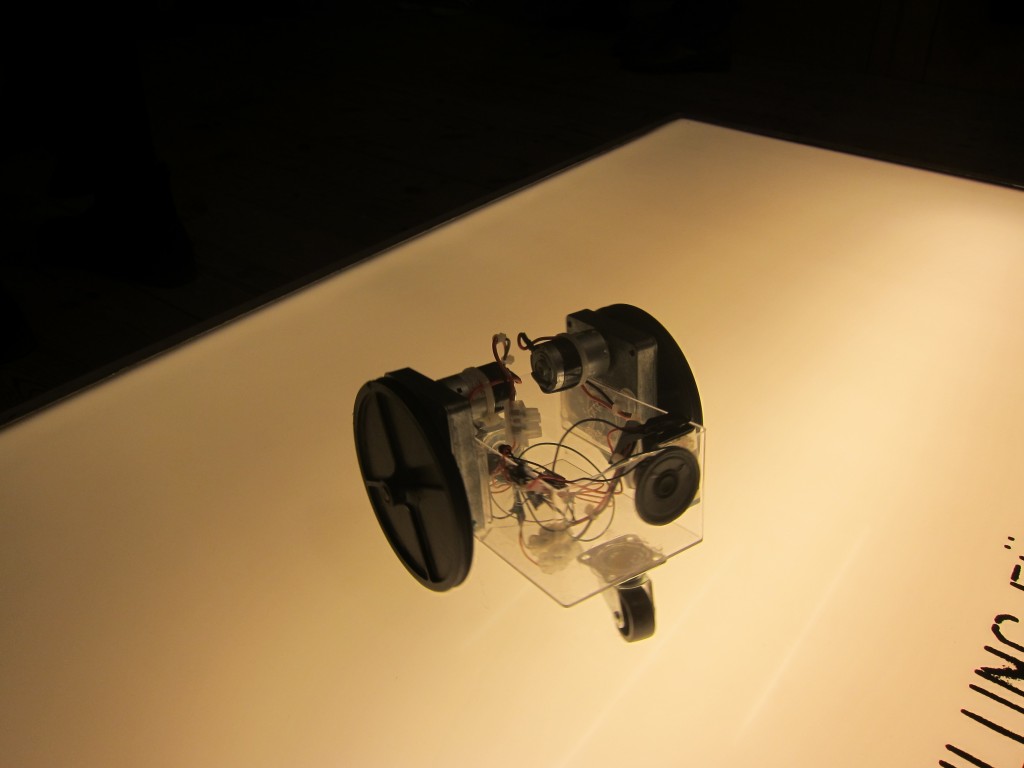 Participants build and experiment with a simple, modular and fully analog sounding robots. The basic circuit generates interlinked sound output and has a completely modular, voltage-controlled architecture. It will produce single-voiced drones or can be combined with other modules to create complex soundscapes.
Motivation for the project is knowledge, new skills, and the enormous feeling of satisfaction that comes from building your own equipment.

Robot House Music has been inspired by Daphne Oram, whose pioneering achievement, a synthesizer she built in the late 50s, is almost forgotten. She developed her Oramics ‘drawn sound’ system, which consisted of a large machine that enabled patterns drawn on transparent 35mm film to be converted into sound.