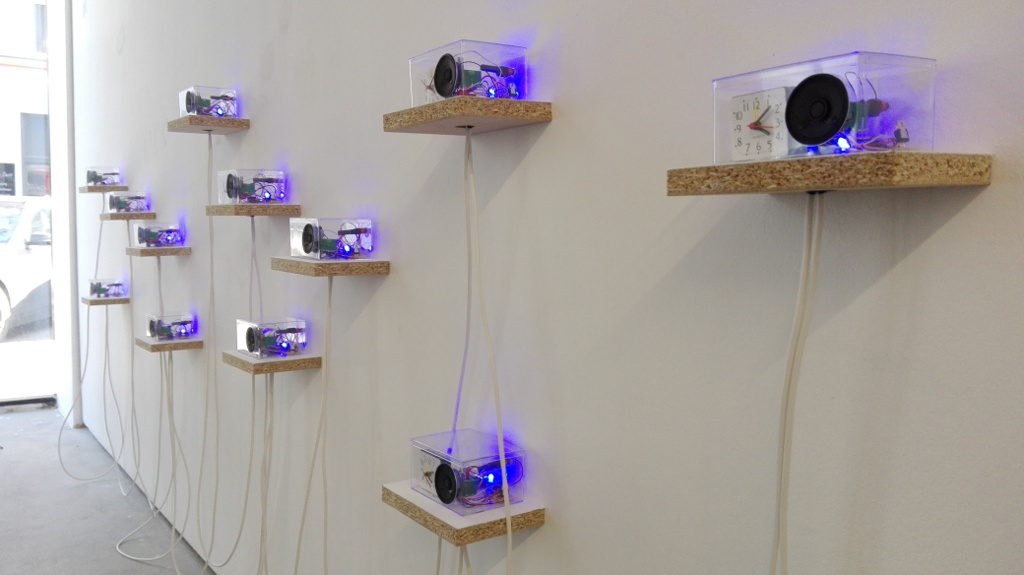 Space Time refers to several related phenomena where a clock does not run at the exact right speed compared to another clock. That is, aftersome time the clock “drifts apart” or gradually desynchronizes from the other clock. Everyday clocks such as wristwatches have finite precision. Eventually they require correction to remain accurate. The rate of drift depends onthe clock’s quality, sometimes the stability of the power source, the ambient temperature, and other subtle environmental variables. Thus the same clock can have different drift rates at different occasions. Atomic clocks are very precise and have nearly no clock drift. Even the Earth’s rotation rate has more drift and variation in drift than an atomicclock. The principle behind the atomic clock has enabled scientists to define time in terms of a fundamental physical constant, the rate at which a type of particle oscillates. Measuring these events discretely (withoutskipping an event) is what gives an atomic clock nearly zero drift. The accumulated time error of an analog radio-controlled clock will be measured between synchronizations. A sensor will be used that records the beat-rate of the watch’s pulses. Comprising several radio-controlled clocks, the Space Time installation will make this inaccuracy audible with clocks, electronic oscillators and speakers. A radio-controlled clock will be most accurate immediately after asuccessful synchronization and will become less accurate from that point forward until the next synchronization. To demonstrate this, the accumulated time error of an analog radio-controlled watch was measured between synchronizations. A sensor will be used that could record the beat rate of the watch’s pulses. Synchronization accuracy is limited by transmission system delay, path delay and synchronization errors. Once the time synchronization signal leaves the transmitter and enters free space, it travels at the speed of light to the radio controlled clock, approximately 0.000 003 336 seconds per kilometer. If you know the location of your radio-controlled clock and the location of the time signalstation, you can calculate the distance between the transmitter and the receiver, and estimate the length of this delay. For example, a 3000 kilometer path would delay the time signal by about 10 milliseconds (0.01 s). This assumes, of course, that the signal travels along the ground and covers the shortest possible distance between the station and the radio-controlled clock. With the low frequencies used by the time signal stations, a groundwave path can be assumed for short distances, perhapsup to 1500 km, but at longer distances the signal might bounce off the ionosphere (skywave) and take slightly longer to arrive. Even so, it is safe to assume that the path delay will be less than 20 milliseconds(0.02 s) because the signal will rarely be usable at distances of more than 5000 km, and any additional delays introduced by skywave will be relatively small.

There will be a measurable inaccuracy which will be different with different brands and types of radio-controlled clocks. Space Time uses sonification to make time tangible. Sonification is the data-dependent generation of sound, if the transformation is systematic, objective and reproducible. Then it can be used as scientific method. A distinction between data and information is irrelevant with regard to the definition: information like, for instance, a message can always be represented numerically and thus be understood as data. Sonification refers to the technique and the process; the algorithm. Sonifications of the measured sensor data may be heard as music. According to the measured time inaccuracy, the sound, the color of the sound, and the volume of the sound are varied. The time inaccuracy adds a certainchance aspect to Space Time. Chance is the creative spark which excites artistic imagination and causes non-predictable but feasible material results. Thus, a sort of improvised piece of music is created from the simplest electronic parts. The sound installation refers to the concept of aleatory music, based on aspects of chance and improvisation as used by John Cage, Pierre Boulez,and Iannis Xenakis.