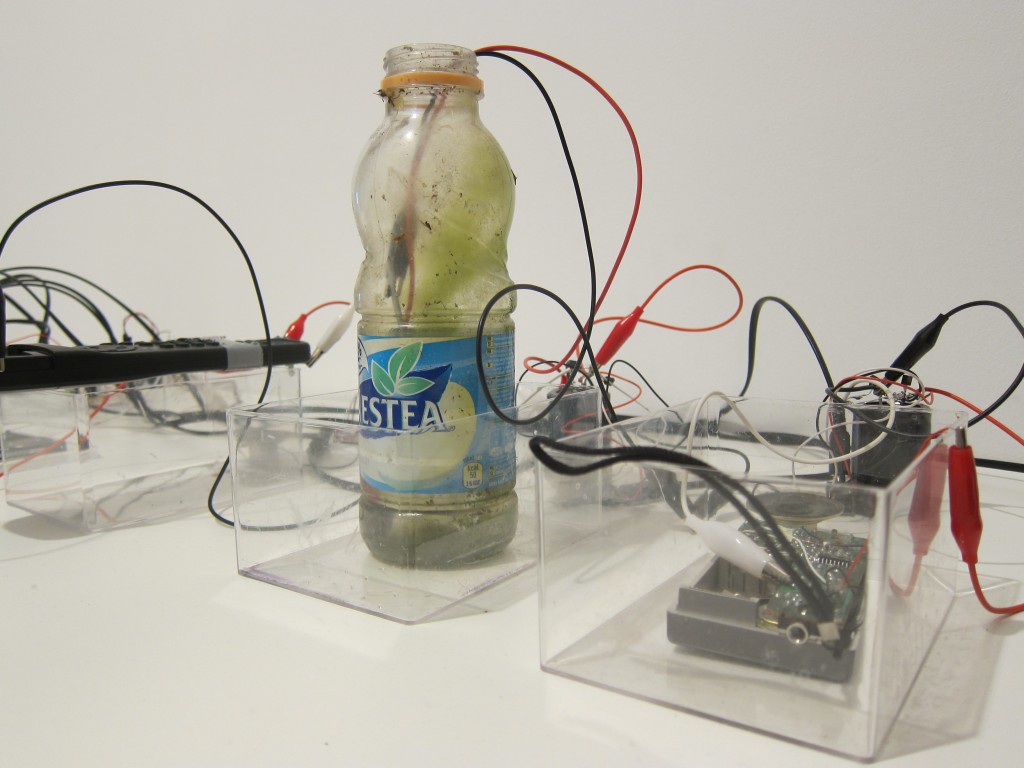 Karl Heinz Jeron collects carelessly discarded objects while walking through the city. With minimal electronic circuits he makes these objects sound. He has been inspired by the text Supernatural Apparitions and Domestic Life in Japan by Kazuhiko Komatsu.There he describes the concept of Ushirometasa. “Although it has largely been forgotten since disposability became the order of the day, the Japanese once had a different attitude toward their household goods. They felt guilty about throwing things away, especially utensils made by human hands. The word used for these guilt feelings, ushirometasa, literally means feeling someone’s gaze behind one’s back. One has done something improper; anyone secretly watching would surely disapprove. The gaze implied by ushirometasa includes that of fellow humans, but traditionally it carried stronger connotations of the gaze of a divine spirit. When a utensil is discarded, the agent of the gaze is the spirit of the utensil itself.”

According to the found things, the sound, the colour of the sound and the volume of the sound are varied. Thus, an improvised piece of music is created from the most simple parts. The sound installation refers to the concept of aleatory music, based on aspects of chance and improvisation, as used by John Cage, Pierre Boulez, and Iannis Xenakis.