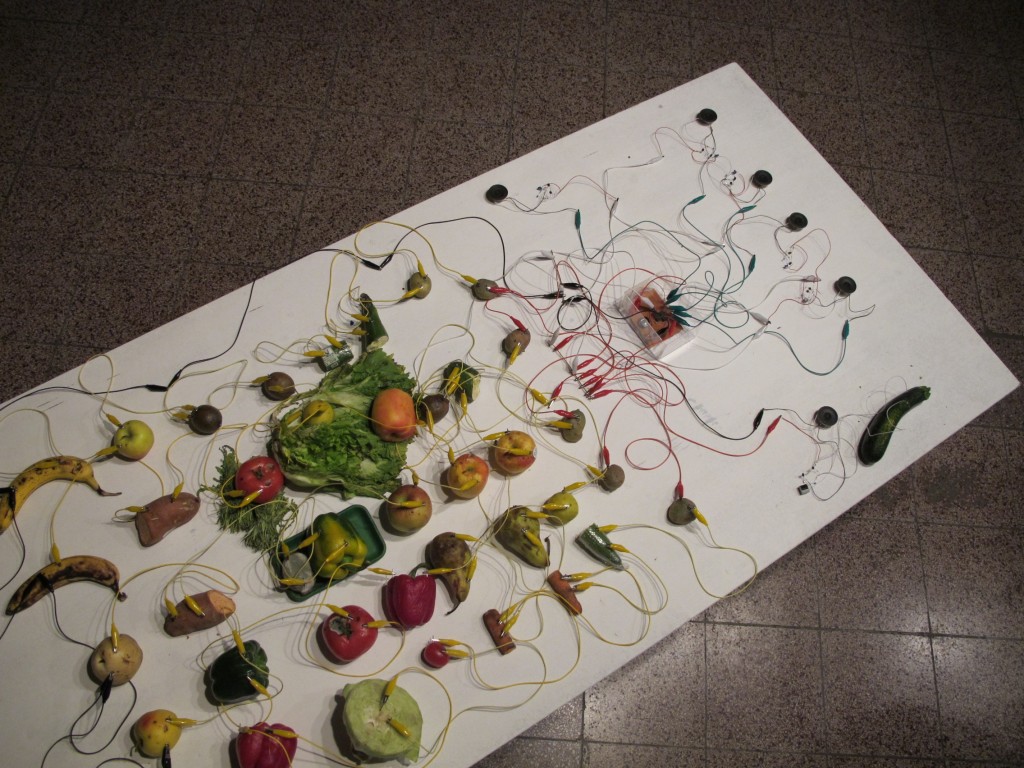 Workshop and participatory installation with DIY audio devices. The circuits are powered and controlled by fruits and vegetables.

The participatory and exciting installation of media artist Karl Heinz Jeron draws attention to a further aspect of our dealing with resources: In supermarkets and markets, the artist asks for overripe fruit and vegetables that are usually sorted out and deemed unsaleable for optical reasons. With this surplus disregarded by our affluent society, Jeron, in his workshops, composes “Fresh Music for Rotten Vegetables”. The electronic devices built by the participants are controlled and fed by current generated by use of the collected vegetables. According to the state of the vegetables, the sound, the colour of the sound, and the volume of the sound are varied. Thus, an improvised piece of music is created from the most simple parts, and a garnish.
The sound installation refers to the concept of aleatory music, based on aspects of chance and improvisation, as used by John Cage, Pierre Boulez, and Iannis Xenakis. Karl Heinz Jeron, furthermore, was inspired by the debut album of the Californian punk band Dead Kennedys called “Fresh Fruit for the Rotting Vegetables”, released in 1980. In their lyrics, the members of the band express their critical attitude toward social inequality.

The participants of the workshop will present a performance with the sound installation at the opening of the exhibition.