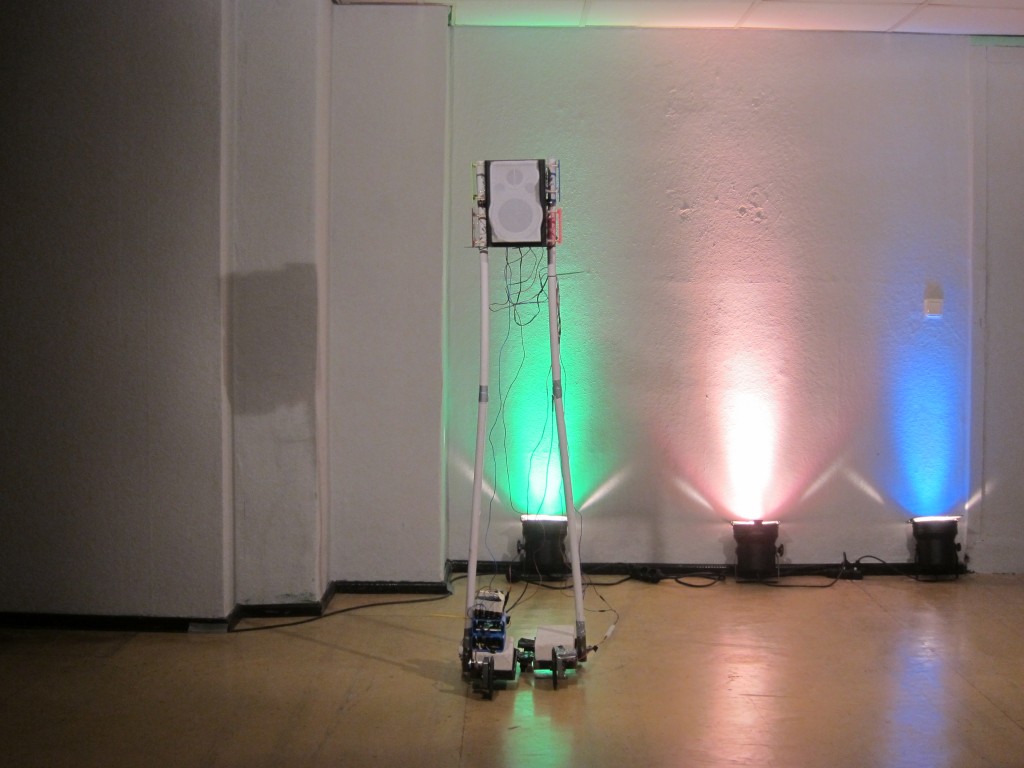 Sim Gishel is a mulitmedia robot. He sings and dances to become a popstar.

Sim Gishel was born in 2006 in Berlin. He started as a drawing machine  and later performed as a soloist at Hermes Opera.

In 2013 Sim went to the Voice Of Germany audition. Unfortunatelly they did not let Sim sing. “This is a show by humans for humans. No robots.” His biggest success so far has been the performance at Das Supertalent with Dieter Bohlen. Unfortunatelly the jury did not choose him for the live shows.

Sim Gishel is named after a song on the fantastic Confield Album by the all time IDM superstars Autechre. You will find so much more at https://www.facebook.com/SimGishel.