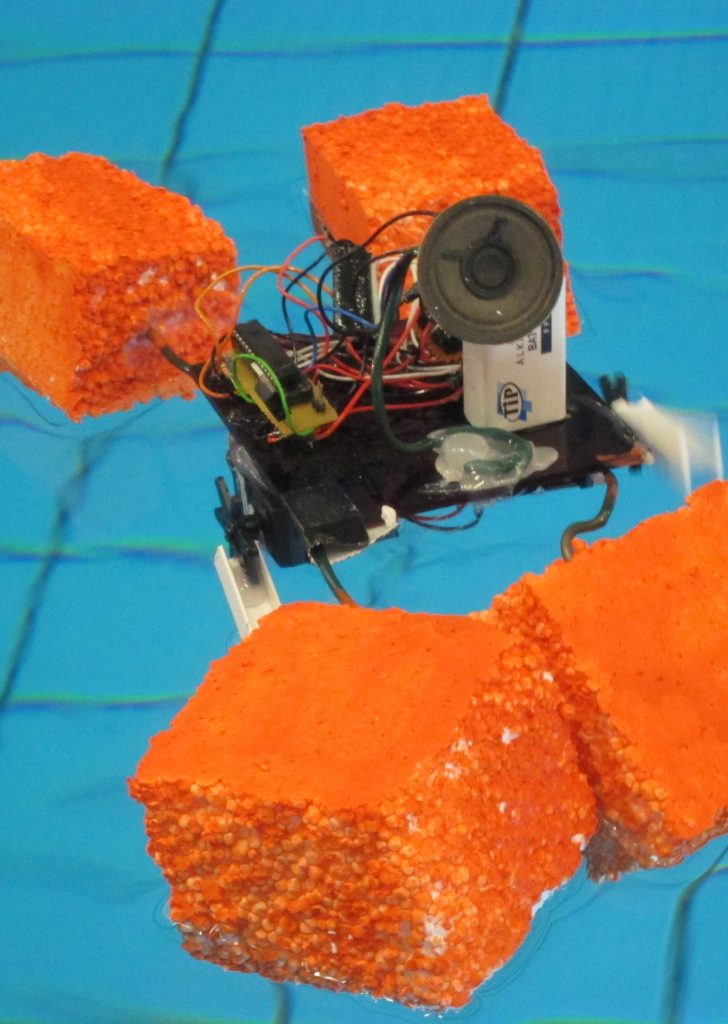 Tiny self developed robots play Alla Hornpipe from the Water Music by Georg Friedrich Händel. The Water Music is one of the greatest hits in Baroque music. In 1717, Händel shook the London music scene when on a boat trip on the river Thames, he delighted the king with his Watermusic. “Our Händel”, as the English called their favourite composer at the time, had delivered another smash hit. One could rely on the Elton John of the Baroque age.

From the Daily Courant of July 19, 1717:
“On Wednesday evening, at about 8, the King took water at Whitehall in an open barge … many barges with persons of quality attended and went up the river towards Chelsea. A city company’s barge was employed for the music, wherein were 50 instruments of all sorts, who played all the way the finest symphonies, composed express for this occasion by Mr Hendel, which his Majesty liked so well, that he caused it to be played over three times ingoing and returning.”

The robots contemporarily reenact the historical performance. With electronic bleeps and baroque choreography the robots revitalize the probably best known suite of the Water Music, Suite No. 2, in D Mayor.